(31) Days of GOOD will be here and over on CONCRETE OPINIONS. For the best music of the year stay tuned...

Swedes do it better, in the vein of Robyn and Abba, here is Beldina, a new crop of Swedish pop stars emerging. This is a super catchy dance track that will get you ready for the weekend. Enjoy


I liked this track so much I actually paid for it, but here it is for free...

Email ThisBlogThis!Share to TwitterShare to FacebookShare to Pinterest
Labels: Beldina 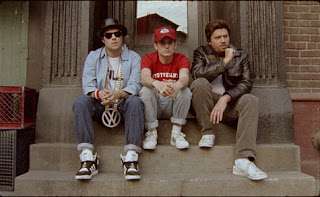 The Beastie Boys are officially back in business, so it's only right that the noisy trio serves the official visual for their new single "Make Some Noise." After a much-too-long hiatus, the band delivers an epic music video with throwback elements coupled with contemporary flair. Directed by BB Adam (MCA) Yauch, the stylish and playful video features cameos by Hollywood heavyweights like Seth Rogen, Elijah Wood, Danny McBride, John C. Reilly, Will Ferrell, Jack Black, Ted Danson, Kirsten Dunst, Orlando Bloom and many more. Thus, they certainly bring back that "Fight for Your Right" revisited type of energy and challenge our patience for the release of Hot Sauce Committee Part Two", due May 3, even more.

Some more Odd Future, featured on MTV news:
MTV Shows
Highlighting the vibrant underground scene in California, MTV News's Sway took it upon himself to have an in-depth look at Los Angeles hip-hop – especially the recent phenomenon sparked by OFWGKTA. The clip offers interviews with ?uestlove among others in order to explain the secret to Odd Future's DIY success. The future program will cover the diverse new crowd of rising hip-hop acts from LA and surrounding areas including names like Kendrick Lamar, Nipsey Hussle, Dom Kennedy and more. 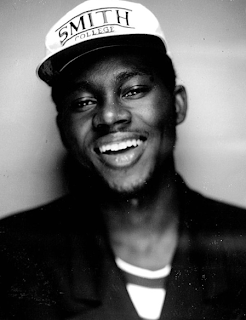 Theophilus London liberates a previously unreleased record which stems from the Lover’s Holiday sessions back in 2010. Entitled “Century Girl,” the tune was produced by frequent collaborator Devonte Hynes who also lends his soulful vocals to it. Expect Mr. London’s new album to drop sometime around June. In the meantime, Enjoy.
Posted by prettyugly at 4/05/2011 09:11:00 PM No comments: 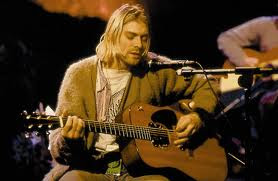 As one of the greatest musicians of his time, Kurt Cobain died today seventeen years ago. Although Cobain's body was discovered at his Lake Washington home on April 8, 1994, the coroner's report estimated the artist to have died three days earlier. As the frontman of grunge band Nirvana he succeeded to hit the nerve of the so-called "Generation X" with their sophomore opus Nevermind and eventually became their spokesman. During the last years of his life, Cobain struggled with heroin addiction, illness and depression, professional and lifelong personal pressures surrounding himself and his wife, musician Courtney Love. In order to commemorate his legacy, we decided to post a rehearsal segment of Nirvana's legendary MTV Unplugged session in 1993. Above you can see the group performing their live rendition of David Bowie's "The Man Who Sold the World". In his journals, Cobain ranked the album at number 45 in his top 50 favourite albums. Rest in Peace.

Here is a dope music video I found the other day. Enjoy

Woodkid - Iron from WOODKID on Vimeo.

The second in a series of promotional videos for the annual “Back in the Days!” hip-hop exhibition in Paris, this clip highlights photographer Jonathan Mannion. Speaking candidly about his experiences, Mannion talks about documenting the rise of hip-hop culture for the past 15 years, watching as it grew from an underground movement in the early 1990s to the pop culture phenomenon it is today. Watch the video to hear his recounts from photoshoots with everyone from Sean “Puffy” Combs to DMX and Roc-A-Fella. 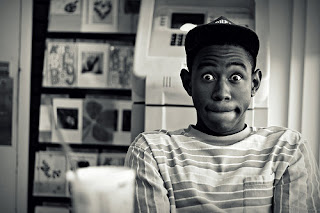 The most exciting thing in music right now. These guys are vulgar, your parents will hate them, and the evoke the same intense energy as bands from the early punk scene. If you havent heard of them you probably have been under a rock, they just got the cover of Billboard and recently did Jimmy Falon...so here is Odd Future aka OFWGKTA aka Odd Future Wolf Gang Kill Them All. 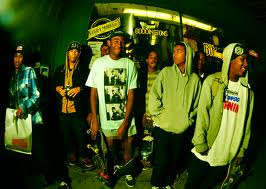 Grammy winners Arcade Fire have teamed up with Spike Jonze for a 30-minute short film called Scenes From The Suburbs. If the trailer is any indication, it's going to be intense.

Frontman Win Butler and his brother Will collaborated with Spike on the script, which revolves around a group of teens in a town that is under military control. The film is scheduled to premiere at SXSW and will be out on DVD soon. 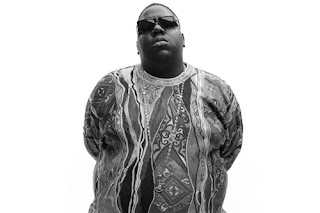 Fourteen years ago today, the Hip Hop culture has lost one of its brightest stars ever – Biggie Smalls. Fans around the web are celebrating his legacy by sending out #biggieday over Twitter. Hailing from the Bedford-Stuyvesant section in Brooklyn, Christopher Wallace’s rise to fame was quick and his career was cut short just as quickly. Sean “Diddy” Combs signed Biggie to Uptown Records and brought him to bad Boy Records when he started the label in 1992. The subsequent success has been well documented. Biggie was shot and killed in Los Angeles on March 9, 1997, and his second solo album, Life after Death, was released on March 26. His murder remains unsolved. 35mmBeats would like commemorate his art by posting cut “Warning”, which appeared on his 1994′s debut Ready to Die. One of the most sublime examples of his impressive lyrical abilities. Rest in Peace.